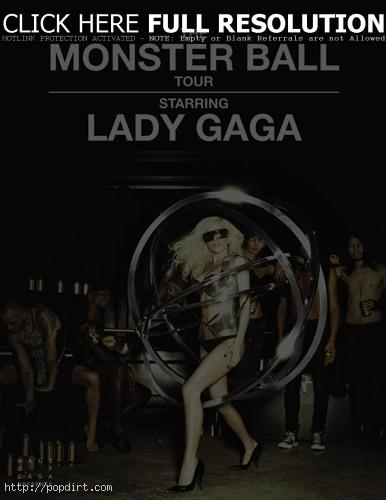 Lady Gaga has announced dates for her next North American tour, entitled ‘The Monster Ball’. The tour will begin on November 27th in Montreal, and will wind up on January 21st in Gaga’s hometown, New York City. Kid Cudi will be the supporting act for the entire tour.

“The Haus of Gaga had been designing ‘The Monster Ball’ for premiere in 2010 at the O2 Arena in London, but due to diligent work and preparation, ‘The Monster Ball’ will begin on November 27 in Montreal,” Lady Gaga stated. “‘The Monster Ball’ is a multimedia artistic experience in the style of the first-ever ‘pop electro opera.'”

Lady Gaga will release a re-package of her debut album ‘The Fame’, called ‘The Fame Monster’ on November 23rd. The re-package will include eight brand new songs, including the first single ‘Bad Romance’. Continues Lady Gaga, “A message to all my little monsters: The Fame Monster will come out four days before the first live show. You have exactly 96 hours to learn all of the lyrics so you can sing along. Dress accordingly.”