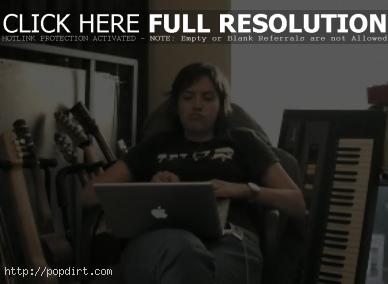 Laura Imbruglia recorded her second album in March 2009 with Nick Huggins in Melbourne, Australia, joined by Robbie Avenaim on drums.

“So it’s looking like my album will actually come out early next year with a single or 2 to come out before that,” Imbruglia wrote on her blog at MySpace (@lauraimbruglia). “There is lots of planning and behind-the-scenes bureaucratic red tape annoying sh** that means you can’t just record and album and chuck it out there. Apparently. Don’t look at me, I just do as I’m told. I’m the artiste. So to pass the time, I will be posting videos.”

Watch highlights of their recording session via MySpace below.