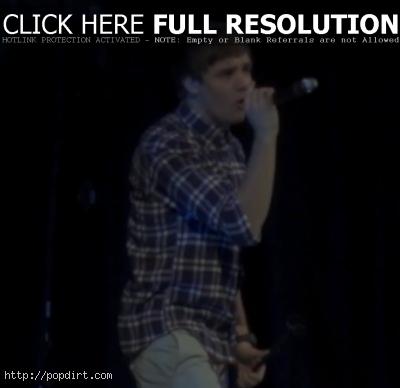 For the very first time on Malaysian Radio, Liam Payne spoke to Jin and Ryan to answer questions from the fans. The One Direction member talked about their success, the dedication of their fans on Twitter, how the music industry been to him, never getting used to the size of their audiences, how the fans have been good when it comes to his dating life and how he can go out and remain relatively incognito.

That’s the sort of thing we see all the time. The fans and the dedication and the work they put into getting things trending and tweeting out things is absolutely amazing. Just this week we’ve been nominated for a Brit award, which is like a huge award in England for music, so we’re just so happy. The fans are amazing. They’re the best fans in the world.

If the music industry has been everything he’d hoped for:

Yeah it’s been amazing, we’ve had such a great year together. We’ve been in the band now 18 months, and I’ve made four new best mates. We’re travelling the world doing what we love, singing, and it’s amazing we’re gonna get to see all these places like Malaysia. Come out there and visit people and they’re going to enjoy our music, so it’s been fantastic. I’ve been on Twitter for a while and you see fans hashtagging where they’re from, and there’s so many people in Malaysia. It’s great to see.

On performing for thousands of people:

I don’t think it’s something you can ever get used to. You just kind of really really enjoy it.

On how having so many teen girl fans impacts his dating life:

It has been quite strange. You have to get used to the attention from being in the newspapers and magazines and stuff, but it comes with the job. Some stories will be bad, some stories will be good, but the press have been really nice to us and they haven’t really written many bad stories about us and the fans have been really as well. I’ve had a girlfriend now for just over a year, and the fans have been great about it.

On if he has to wear disguises going out:

I haven’t quite worn a disguise yet. Sometimes I’ll put on a hat if I’m going somewhere, but it’s all about timing really. If you went somewhere and you knew there were gonna be kids around, then you’re gonna get noticed. If you go somewhere where there aren’t the young girls around, you might just get away with it.