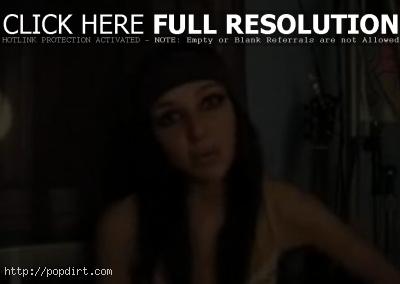 Lights posted a video blog on her YouTube channel, where the Canadian pop singer talked about having a conversation in the shower with the little pictograph creatures on her shower curtain. After translating their language with her “Shower Curtains for Dummies” handbook, Lights posted what they had to say.

“Earlier today I was in the shower, washing my hair and brainstorming ways of presenting this wonderful news to you, when the weirdest thing happened. See, I have this shower curtain that his covered with these little pictograph guys. Anyways, they started to talk to me, and this is what they said (gibberish). I know, I didn’t understand it either. I don’t speak shower curtain.”

One thought on “Lights Learns To Speak Shower Curtain”