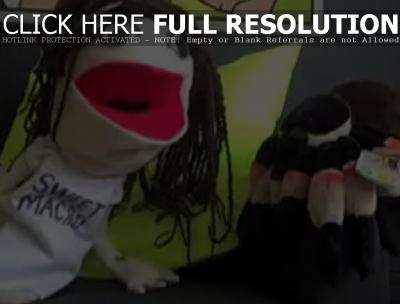 Lights and her pet spider Lance checked in on her YouTube channel with an update – in puppet form – on what’s coming up on her calendar.

The Canadian indie pop singer will be performing at the Facebook party at SXSW and another showcase at the Austin festival later this month. In a couple weeks, she’ll be working on mixing her full-length debut album, which she says will be out in the fall.

March ends with Lights going to the Junos, and next month she’ll be touring the UK.