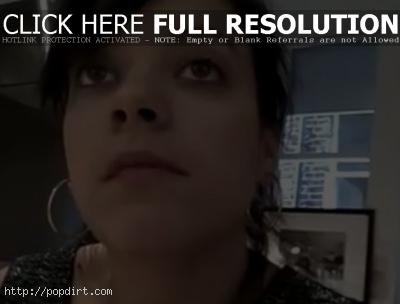 Lily Allen spoke with Nylon magazine while doing a photoshoot for the publication in London at Spring Studios.

“Being in pop music, people tend to do this thing of working with the biggest pop people, and they get the five best songs and that’s what the sings are and they just mangle it all together and it’s, ‘Whoo! big pop album’,” Allen explained. “I was like, I don’t even want to do that. I want to make one album with one person, because I’m not capable of doing it on my own, I need other people to help me, but I wanted it to feel like it was one body of work.”

Lily also discussed the how celebrity culture is unhealthy and how she has an outlet to share her thoughts with 200,000 people on her MySpace blog. Watch the clip below.

«Girls Aloud To Get U.S. Release If European Campaign Is Successful
Jonas Brothers On The AMA Red Carpet»