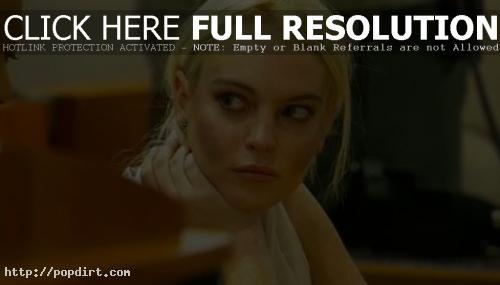 Lindsay Lohan was late and turned away from her first day of community service at the Los Angeles County morgue on Thursday after showing up late, but the singer/actress will get a second chance to appear on time later today. “Lindsay arrived at the morgue approximately 20 minutes late and will be returning for orientation tomorrow,” her publicist Steven Honig said. “Her lateness was due to a combination of not knowing what entrance to go through and confusion caused by the media waiting for her arrival. Lindsay spoke with the supervisors at the morgue. They showed her how to get in, and everything is all cleared up.”