Lindsay Lohan Is Back To Work 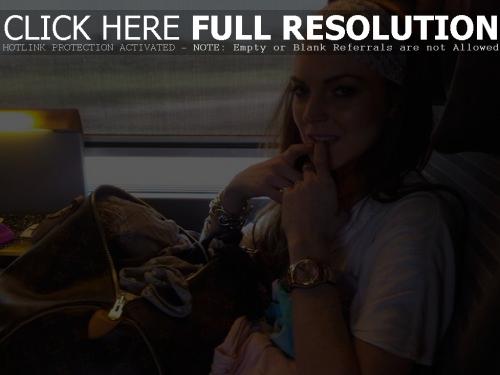 Lindsay Lohan has been keeping busy with work, telling fans about it on Twitter (@sevinnyne6126). Lohan writes:

Working too late and I have horrible jet lag!!!! But, working feels good/being productive …

On the move again. Where to next?

While Samantha Ronson was away deejaying in the Philippines, her on/off girlfriend Lindsay Lohan had this to say on her Twitter (@sevinnyne6126) on Thursday (May 21):

Lindsay Lohan’s neighbors are coming to the defense of the 22-year-old after police officers responded to a burglar alarm at her Los Angeles home. One told radaronline.com the paparazzi were the likely alarm trigger. “They bashed the camera outside her house and punched two large holes in her hedge to see if she was around,” a neighbor said. “The photographers are always hanging around and they know when she is in town or not, so, they could have easily tried to break-in.”