Lindsay Lohan Is Sick And Concerned About Having Swine Flu 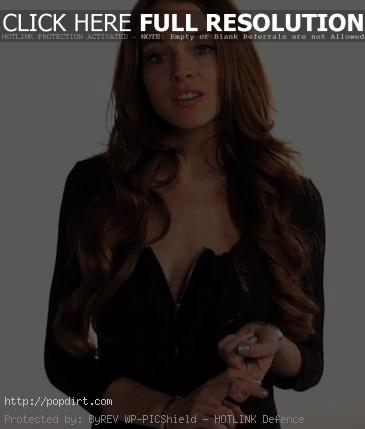 What are the symptoms of Swine Flu?

@sydneyburlie achey? My friend had it and I am sick :( and I’m now concerned!!!!

I never said I have it or anything, I was just reaching out to ask because everyone here may know different things about it. Isn’t this what twitter is for sometimes? Well, to an extent?

@stephenmmayes I don’t and my doctor is coming now – so many people are so negative sometimes. Such bad energy! Be positive everyone!

@JayTweetski well I didn’t google it b/c this seemed more convenient&guess what? I was right, many people responded w/ all diff responses

Lindsay Lohan made several outfit changes while attending shows in Paris for Fashion week on Sunday (March 7). Meanwhile, the 23-year-old is hoping to cash in on E*Trade’s latest ad campaign where the E*Trade baby talks with his girlfriend via webchat, who wondered if “that milkaholic Lindsay wasn’t over”. Lohan’s lawyer, Stephanie Ovadia, told the New York Post that her client is known by her first name like Oprah or Madonna. “They used the name Lindsay,” Ovadia said. “They’re using her name as a parody of her life. Why didn’t they use the name Susan? This is a subliminal message. Everybody’s talking about it and saying it’s Lindsay Lohan.” Lindsay is seeking $100 million for pain and suffering.