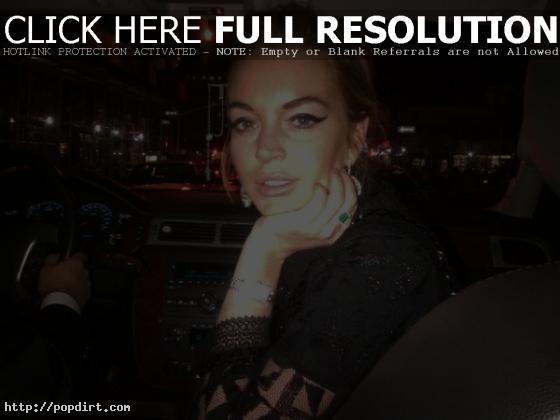 Lindsay Lohan is causing chaos on Twitter (@lindsaylohan) after tweeting an hour ago a brief message that many are speculating is a late arriving April Fool’s joke. The three words in question:

After posting the message, Lohan responded to a sarcastic tweet sent her way from a female:

@lindsaylohan: @XANAXDREAMS thanks dad – you do look like a man a bit

Among the reactions to the announcement:

@Momfia: Lindsay Lohan tweeted she’s pregnant, which is great because now she’ll have someone to get drunk with

@weird4 Lindsay Lohan is pregnant and Charlie Sheen is the father.

@oneofthosefaces: I’m not touching this Lindsay Lohan pregnancy thing. But if it’s Max off of TW’s baby that’s going to be one HELL of an E! show am I right?

@lolwhatismylife: “@lindsaylohan: Its official. Pregnant…” Am i the only person in the world hoping it’s Max’s baby yes yes I am because she is my childhood hero

@wowlovely_tw 1h: @lindsaylohan wot @MaxTheWanted I’ll pray for lord any times I can please tell me wasn’t you or I will cut my arms and legs

Update: Yes, it was a late arriving April fool’s prank from LiLo: