Lindsay Lohan Tells Her Story, And The Music World Cringes 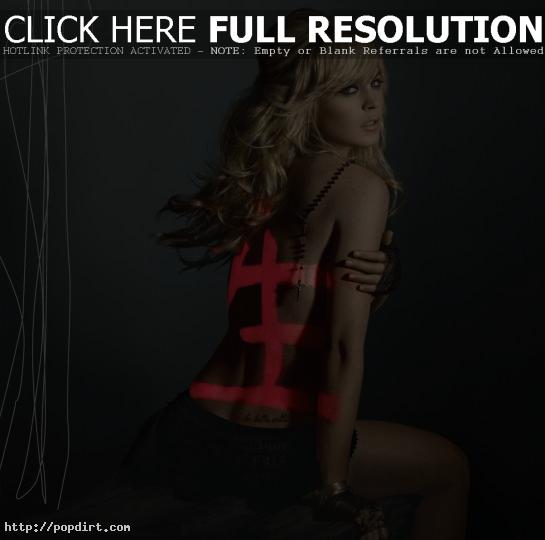 Glenn Gamboa of Newsday reviewed Lindsay Lohan’s new album ‘A Little More Personal (Raw)’, giving the disc a ‘D’ grade, calling it “the sonic equivalent of borrowing a Mercedes to crash it into a wall.” Gamboa added that Lohan’s “lyrics – even with the help of hired guns like producer Kara DioGuardi, of Ashlee Simpson and Hilary Duff fame, singer-songwriter Butch Walker, and Ben Moody, the songwriter who helped Kelly Clarkson and Evanescence shine – are little more than cliches strung together.”

Lindsay Lohan visited the Z Morning Zoo on Z100 in New York City on December 6th to talk about her new album ‘A Little More Personal (Raw)’. They talked about all the gossip surrounding her, visiting 50 Cent on the set of his video, her car accidents, her love of New York, her tattoo/song ‘The Beautiful Life’, being “fun” on ‘TRL’, and she concluded with a shout out. The 17-minute clip at clearchannel.com has since been removed.

Proving to have a tin ear when it comes to quelling rumors of substance abuse, teen queen Lindsay Lohan has been seen hanging out with supermodel/admitted coke-user Kate Moss.

Lindsay Lohan and Jared Leto looked like a happy couple at Visionaire’s anniversary party at Happy Valley on Saturday (December 9). But as Karl Lagerfeld found out, don’t say the name “Paris” around the teen queen, even though he was only referring to the city. When the designer invited her to come to Paris, Lohan is said to have replied, “I hate that bitch!”

4 thoughts on “Lindsay Lohan Tells Her Story, And The Music World Cringes”