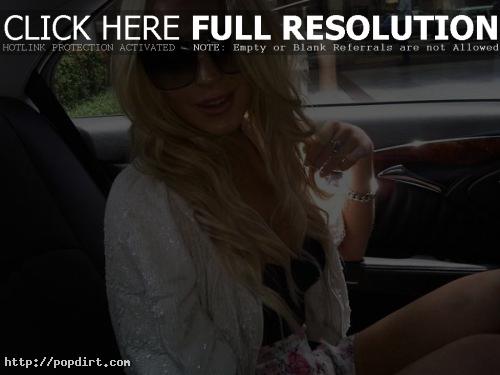 Lindsay Lohan checked in with her Twitter followers (@sevinnyne6126) while in Singapore, complaining about being hassled while hosting the F1 Rocks concerts. The 23-year-old writes:

Weird guy @fuel party-Singapore is video taping me-what does a red camera light mean? In the dark, with no flash? And why can’t promoters protect.

Protect the people that they invite to their parties? Yes, I know its late at night, but that doesn’t mean I can’t hang out without the hard working people that I’ve had the pleasure of spending my time in Singapore with. Can’t a girl just have fun?

Lindsay Lohan ordered her sister Ali around as she waited in the car before heading inside Los Angeles International Airport, where the siblings prepared to depart on Tuesday (September 22). Leaving behind girlfriend Samantha Ronson, the 23-year-old told the DJ for her Twitter followers (@sevinnyne6126) to see:

@samantharonson off to another country, send my love to your family lol :)