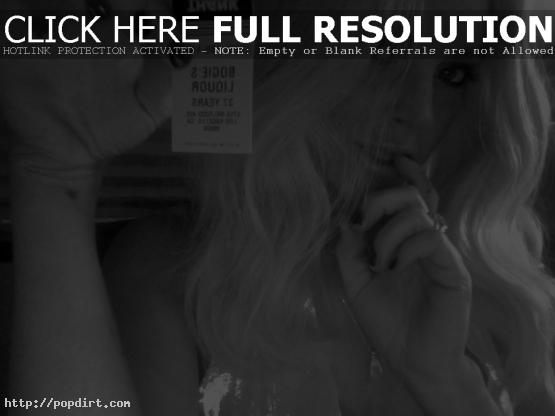 Lindsay Lohan checked in with her Twitter followers (@lindsaylohan) on Saturday night, talking about being on the set of her new film ‘Lovelace’, where she plays adult film star Linda Lovelace, and catching heat for being around alcohol while being on probation and wearing a SCRAM bracelet. The 23-year-old writes:

Filming – it feels good being on set!

The website that keeps trying to be so negative couldn’t be more wrong in regards to me putting myself in places where I may be “tempted”..

and on top of that… everyone one is different, therefor – certain situations, people, and places will effect everyone differently –

#captainOBVIOUSreturns–this is a place I will NOT be hangin’ at! right @amadio ??

Calum Best tells ITN his former lover Lindsay Lohan’s problems could be partly because she is so famous that she doesn’t get a minute to breathe. “I don’t like to pry into other people’s business, but all I can say is I wish her all the best,” the British star said at a Samsung event last week. “The problem sometimes is with people that are that famous – they get so hounded that they don’t get a minute to breathe and it can be overpowering. And if you don’t have supporting people around you then it can be tough too. So all I say to her is I wish her all the best.” For his own part, Calum says he’s cleaned himself up.

Video of the comments at ITN.co.uk has since been removed.

3 thoughts on “Lindsay Lohan Won’t Be Tempted By Liquor”