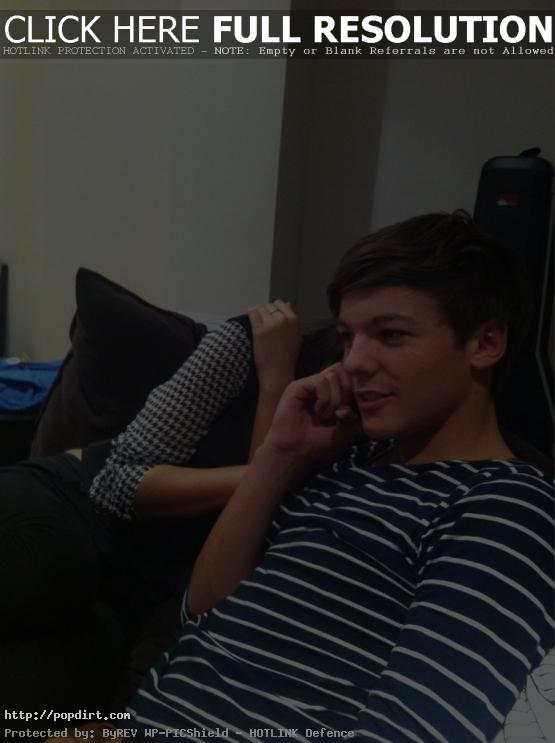 Nick Grimshaw of the Radio 1 Breakfast Show got Louis Tomlinson of One Direction on the phone the other day, where the One Direction member talked about how the band have been doing promo for their new single and album, if he’s become used to all the cheering and screaming for 1D, how he was a huge Busted fan growing up, having a phobia of talking in front of a lot of people, and viewing radio differently than speaking before an in-person audience.

Asked how he’s feeling with the new material coming out, he said, “Yeah, it’s really exciting actually. We’re just really feel that we’ve made a better album actually this time around, so we’re excited for everyone to hear it and yeah, what more can I say about that?”

Questioned whether it has become normal or tiring to hear the screams of young female fans, he responded, “We say this every time, so I don’t mean to be boring, but to be honest it never really sinks in. You kind of expect it to, but every time we go out on a gig and we get a good reception, it still obviously means the same and it’s still pretty overwhelming.”

Was there something that made Louis as excited as the boy band’s teen devotees? “I used to love Busted. It was like between ages 5 and 9 Power Rangers. For our ages it was Busted.”

What was Louis’s weirdest or scariest moment? “I get really nervous performing,” he confessed. “More than anything I get really nervous talking in front of loads of people. So I suppose when we won the Brit Awards, we didn’t expect it at all, and all of the sudden we’re like oh dear, I’ve got to pull out a nice little speech, but in the end I ended up stuttering and shouting.”

But is he nervous about his Radio 1 hosting assignment? “I feel like radio is a little bit different because you can’t see the faces. That’s what scares me I think, when you can see people judging you. It’s like coming on and sounding drunk.”

The interview ends with Louis having a lot of trouble getting the introduction to their single ‘Live While We’re Young’ down. Listen via Soundcloud below.