Madonna ‘Give It 2 Me’ Video 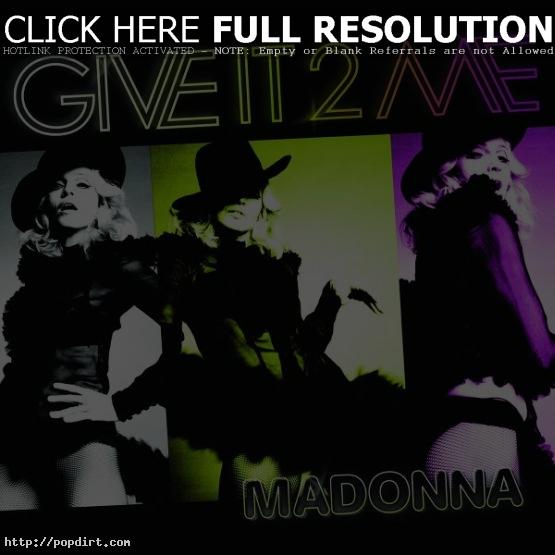 Madonna is out with the music video to her new single ‘Give It 2 Me’, the second release from the American pop singer’s eleventh studio album ‘Hard Candy’, out now on Warner Bros. Records. Watch it via YouTube below.

May 29, 2008 – Germany’s ZDF spoke with Madonna during an interview in Cannes, where the veteran pop singer talked about the process of recording her new hit ‘4 Minutes’ with Timbaland and Justin Timberlake, and how it contrasts to the process of songwriting when she’s alone.

She called the album ‘Hard Candy’ because of irony and innuendo, feeling the same thrill with her eleventh album as her prior releases, challenging herself to make great music that sticks in your head, the decision to move towards hip hop on this release – though she wouldn’t refer to it as straight hip hop, being most proud that she still enjoys the business 25 years in, being a big fan of Justin, Chris Martin of Coldplay, Eminem, and Prince, and how she feels about her upcoming 50th birthday.

May 12, 2008 – Radio 1’s Big Weekend concert at Mote Park in Kent, England took place over the weekend, featuring a headlining act from Madonna. Check out pictures and watch her performance on Saturday, as well as a Sunday performance by Hot Chip and Goldfrapp, at bbc.co.uk/radio1 (video available for UK only).