Madonna Shells Out For A Mini Cooper 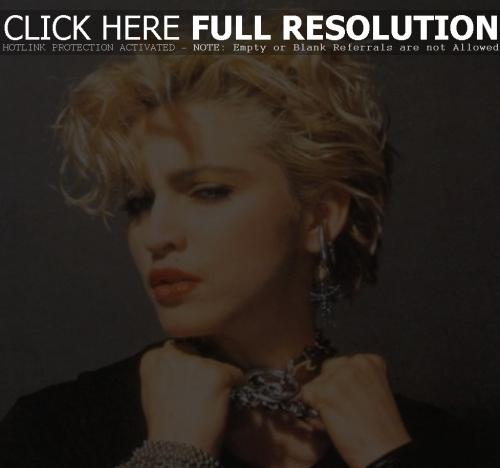 The Sun reports Madonna took delivery of a Mini Cooper worth £20,000, including £4,000 of luxury extras last week. Workers at the Cowley car plant in Oxfordshire gave it the personal touch by signing their names on the underside of the chassis as a worker gushed, “If anyone doubted this was a classy car before, they can certainly think again now Madonna has bought one.” Read more.

Has Madonna Been Botoxed?

July 23, 2002 – The Daily Mail reports Boy George is making accusations that Madonna has undergone Botox injections. “I was at a Versace party a couple of weeks ago and Madonna walked in,” he said. “She had sunglasses on, and there was no motion in her face whatsoever. I prefer to grow old gracefully. I’m 41, I’ve got great skin, I don’t need it!”

July 18, 2002 – Worldpop says according to rumors, Madonna will be previewing the theme song to the new Bond flick ‘Die Another Day’ at the MTV Video Music Awards in September. In addition, sources say the track will be up-tempo, which would be a departure from the traditionally overlong and listless Bond themes.

Madonna Quiets The Crowd At Final ‘Up For Grabs’

July 17, 2002 – Jeannette Walls of MSNBC reports that during Madonna’s final ‘Up For Grabs’ performance, the Material Girl was greeted with an applause so long and loud she finally shouted at the crowd, “Can I get on with the fu**ing play?”