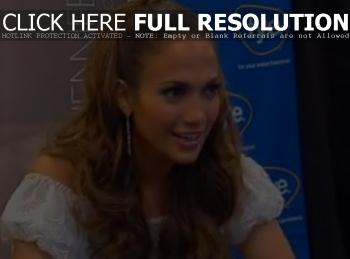 After a quote attributed to “Inside Hollywood” (a web site or show which apparently doesn’t even exist) suggesting Mariah Carey had nixed the idea of ever doing a duet with Jennifer Lopez because “I’d rather be on stage with a pig”, People magazine spoke with the singer, who quickly denied the fabricated gossip.

Carey called the item “a complete untruth” and added, “This is just some Internet gossip and it’s pathetic that people actually entertain the thought that this could be real. This is another sad example of two strong women being pit against each other.”