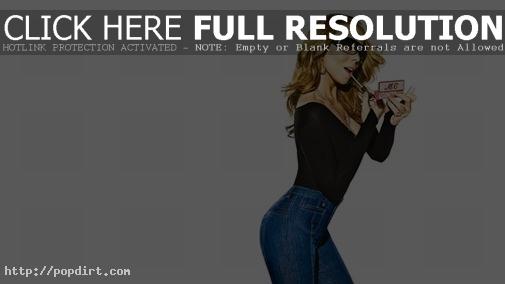 Appearing on ‘The Ellen DeGeneres Show’ on Tuesday (May 13), Mariah Carey spoke for the first time about her surprise wedding to rapper/actor Nick Cannon in the Bahamas, where the invite list was very small. “[It was] mostly people to do my hair and help me with my dress … and three of my friends and he had three people with him,” Carey explained. “We wanted to be at the beach, we didn’t want other people taking pictures, because we both experienced the hoopla of trying to make something into, like, a publicity stunt, which is what everybody thinks and will think anyway. We don’t really care about that mentality. Instead of trying to be like, ‘You’re invited, but shhh, don’t tell anybody,’ we’re just going to have another [wedding] next year. [Nick’s] plan is to have one every year.”

«Drew Alexander: The Album Is Everything But Done
Britney Spears Rear Ends Ford Explorer, Invites Driver To Her Home»