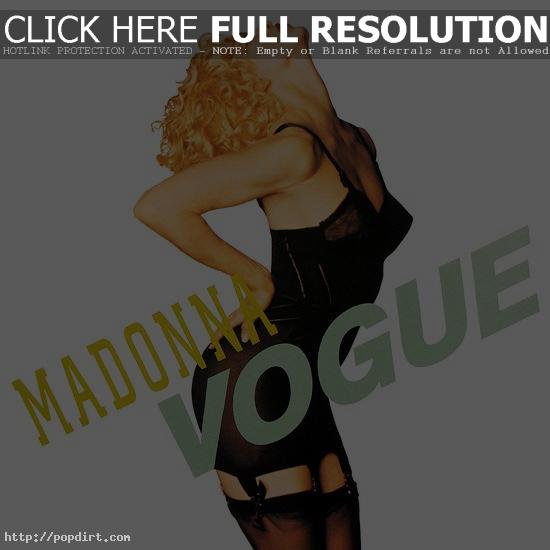 Contributed anonymously:
Although I am a new member of Pop Dirt I have been following the Mariah vs. Madonna argument that’s been raging on here for some time and there are a few things I’d like to say in regards to it (read this Mimi & Madge fans!):

Firstly, in direct contrast to what old lady fans may believe, all of the singles off of Mariah Carey’s “The Emancipation Of Mimi” have reached the Top 10 of the Hot Digital Songs chart, ‘We Belong Together’ reached #2 on HDS & Tracks and has sold enough to go 3x Platinum, helping it on it’s way to a huge 14 week run at #1 on the Billboard Hot 100 this summer [in fact, at the beginning of it’s chart run, some people were saying that ‘WBT’s’ placing on the Hot 100 was being artificially inflated by SALES! When ‘Don’t Forget About Us’ was leaked last week and managed to get to #13 in the iTunes chart before being withdrawn, so it’s not like she is succeeding on airplay alone, which is what some jaded Madonna fans seem to think.

Secondly, when Mariah released “Charmbracelet” in 2002 it’s singles got almost no airplay, so I don’t know how people can claim that Mariah or her record company have ‘brought’ airplay this time round, as she was on the same record company at the time of “CB’s” release – what’s changed?! Surely a radio station would never allow someone to simply ‘buy’ enough airplay to get to #1, as their audience would drop greatly, and as I’m sure you know Mariah has had the two songs with the biggest radio audience ever this year (more “Mimi” records!), so she must be doing something right.

Thirdly, “The Emancipation Of Mimi” has sold over 4 million copies this year in the US alone so far, making it the second biggest selling album of the year, and yet, it is STILL in the Hot 200 this week [it’s 32st week], competing with brand new, over hyped albums, such as “Confessions On A Dancefloor” in the Top 5 [it’s spent over 20 weeks there]. This is an awesome achievement – if the public were sick of Mimi or the airplay it’s songs were getting then why would it be selling 200,000 copies in it’s 31st week in the Top 20?!

Fourthly, “TEOM’s” 1st week sales were 406,000, over 50,000 ahead of “COAD”, with [at the time] barely any airplay and without the HUGE advertising campaign “COAD” has received. It was, in fact, Mariah’s biggest first week ever, [and her 27th and 28th weeks at #1 on the Billboard 200] proving that, still setting records in her 15th year, she is still relevant and people still want to hear her.

Next, one of the things that continues to be brought up in this debate is style of music (or, in Madge’s case, lack of). One of the claims made against “TEOM” is that it is pandering to the needs of the public’s current love of R&B […or something along those lines]. Well, R&B is the type of music that Mariah sings! The failure of “Charmbracelet” in 2002 (selling over a million copies, more than double a certain “AL”, is apparently seen as a failure when you are the biggest selling female artist of all time) can probably be put down to the public’s general dislike of R&B at the time, but this is the type of music Mariah makes and she won’t be cheaply ‘re-inventing’ herself every time she releases a new record just to remain popular. ‘Hung Up’ has received the biggest advertising campaign I can remember, and the level of hype that “COAD” has had is shocking, with it you would have expected “COAD” would have done slightly better (not that I‘m denying 350,000 isn’t good for 1st week, but lets see if the album can keep it up, shall we? My guess is no, but it’s not up to me, it’s up to the public…).

The reason “COAD” has been so popular in Europe is that the music that is popular there is cheesy dance, step forward a certain trend-follower (that’s Madonna, for those of you that didn’t guess), although I suppose you wouldn’t know about the music scenes in other countries since you are to busy defending Madonna to take your head out of your own a.r.s.e.s! This is compounded by the fact that, not only does Madonna know that if she releases these songs in Europe that it will get to No.1 in Uzbekistan (or somewhere), but she directly COPIES hit European songs, hoping no-one will notice!

And finally, for those of you who are still undecided on which diva I shall be supporting in this war, I put it to you to compare the following lyrics, and decide which song you would rather have your kids (or even YOU) listen to:

The former is from ‘Through The Rain’, [Mariah’s #1 sales] single which made #81 on the Hot 100, the latter from one of Madonna’s many songs about old lady love – with the same level of subtlety as the Black Eyed Pea’s ‘My Humps’ (i.e. – none). Scary isn’t it?!

And finally, finally, heed this warning, Madonna fans, she may be at number 1 now, but she hasn’t even won the battle yet, let alone the war!

55 thoughts on “Mariah vs. Madonna”