Marina And The Diamonds Hits Back At “Credible Press” 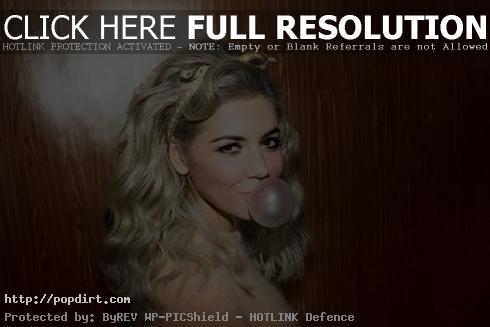 Marina and the Diamonds (Marina Diamandis) spoke with Gigwise about her new single ‘Primadonna’, off her second album ‘Electra Heart’, the switch to pop, working with major producers in America, and why sneering at her new sound is “bullsh**”.

“It’s funny how the record has so far been received,” Marina said. “It’s split in that people who consider themselves to be the credible press commenting on ‘credible music’ are like, ‘You have four producers on this album’. I’m like, ‘Yeah, I had like six on the last’. The one that’s meant to be the holy grail example of artistic integrity, and really it’s bullsh** because I’ve co-wrote on the last album as well and I actually think this is a much more potent representation of who I am as a person and as an artist. That’s being drawn out of me with the people who I collaborated with.”

June 13, 2012 Jeff C Multimedia No Comments Marina and the Diamonds