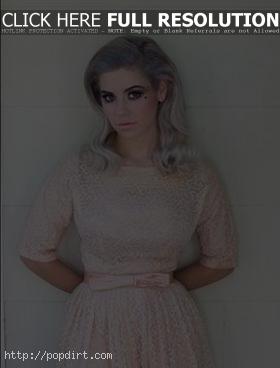 Marina and the Diamonds (Marina Diamandis) is out with a video talking about the themes and writing process behind ‘Electra Heart’, the Welsh pop artist’s second album that was released last month on Atlantic Records.

“I didn’t really discuss love at all on the first album because a lot of songs that are about love are pretty cliche,” Marina said, referring to her 2010 debut album ‘The Family Jewels’. “I suppose I’ve written about it in a particular kind of way, splitting the album into two moods, one of which is very hesitant about being seen as a victim. You kind of get this impression of someone who is quite tough and then the other half of the album is quite raw and explicit in its honesty.”

May 28, 2012 Jeff C Multimedia No Comments Marina and the Diamonds