Marit Larsen Offers A Preview Of ‘The Chase’ 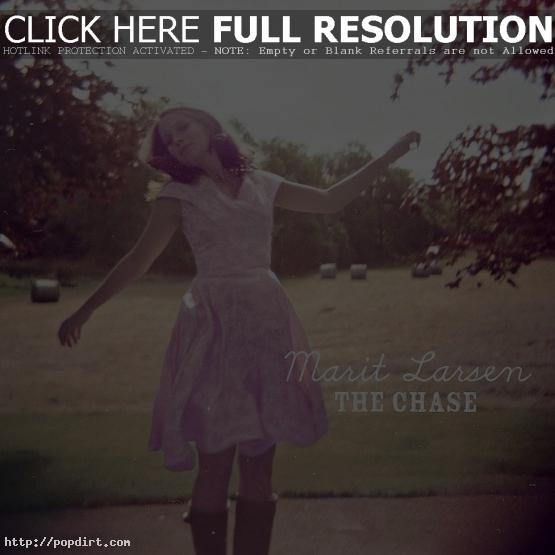 Marit Larsen updated fans on her blog at MySpace (@maritlarsen) on Thursday (October 2) as the Norwegian singer songwriter begins posting tracks on her MySpace player starting Friday from her second solo album ‘The Chase’, which is released October 13th. The former M2M singer writes:

Over the coming week you will, as earlier mentioned, be able to preview songs from my new album, The Chase. I’d like to explain a little bit before we get started.

To me, one of the biggest challenges and thrills of being a recording artist is not just writing songs, but making albums. A good album is to me one where you can listen from beginning to end, experience highs and lows – and at last feel equally satisfied and hungry for more. An album really should not resemble a random playlist or a “best of what I wrote the past couple of years”. My favorite albums of all time have these qualities (and they are something I will be trying to match for the rest of my life).

Facing the reality of modern music-sharing possibilities though, I find it exciting being able to give you a chance to preview and start digesting these new songs one by one, if you’re curious. The songs will be presented in the same sequence as on the album (you really don’t want to know how much effort I put into just that). However, the complete album experience will not be available until the actual release of the record on October 13th.

Every song on this record is important to me and serves a purpose on the album in its own way. I hope you enjoy listening to these songs half as much as I enjoyed recording them. It’s been a blast.