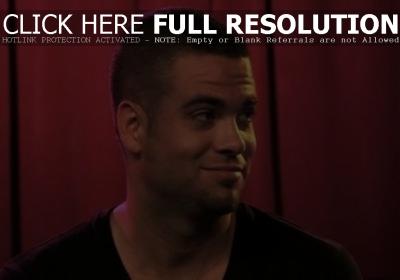 “I’d act in theater and a little bit of film and TV in Dallas, and as a last resort before I had to move back home in with my parents in Dallas, I was like you know what I’m in LA, let’s see if I can get some exposure. Someone said you’ve got to get an agent or a manager, that led me to sending out 150 pictures and resumes. One guy called me. Jason Solomon. Went to meet him and he said this really takes a long time to break into the business. You’ve got to be patient. I’m thinking, well I’ve got $300 in my account and I’m 26 years old about to move in with my parents. Sure, he took me on, gave me a chance and sent me over to an agent he knew. She actually submitted me for ‘Glee’ the day that I met her, in her office. So it was an overnight, 7 year thing.”

“The songs from this record are had picked from my catalog of over 50 songs. It’s a little bit tricky to balance the two worlds,” he said. “I would say my sound is kind of like pop melodies over jazz chord changes with a rock feel.”

Video of Mark performing ‘Illusions’, ‘The Descent (Confessions of a Ghost)’ and ‘Musical Soulmate’, as well as an interview, has since been removed at Yahoo.