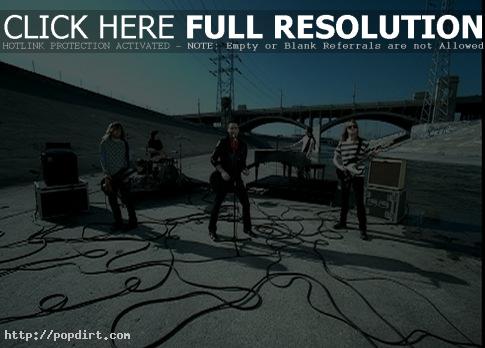 Hot off the heels of their album preorder announcement earlier this week, Maroon 5 have just launched two new contests for their fans. The band’s MySpace karaoke contest lets fans submit their own rendition of “Misery” and even sing along with Adam Levine. The best entry will get the VIP treatment backstage at one of Maroon 5’s upcoming shows this fall. Additionally, there is a tweet-to-win promotion for a limited edition ‘Hands All Over’ 3D box set as well as a new iPad loaded with exclusive Maroon 5 content.

Adam’s karaoke video at MySpace.com has since been removed.