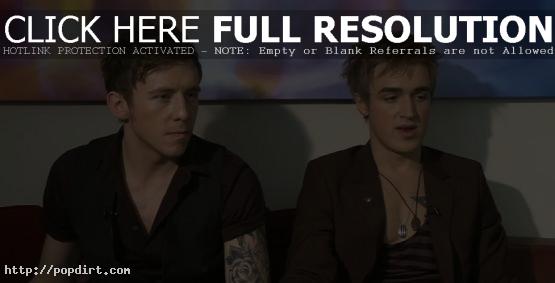 Danny Jones and Tom Fletcher of McFly chatted with Paul Morley of Guardian Music about the internet’s dominance with the music industry, indie bands, their departure from Island records, having a free album giveaway and the evolution of McFly.

“I think that’s what McFly is,” Jones said about having the credibility of a rock group while also being considered a boy band. “It has achieved the sort of musicianship with the young fans around, appealing to girls.” Fletcher added, “It’s kind of what we’ve evolved into naturally over the past six years I suppose.”