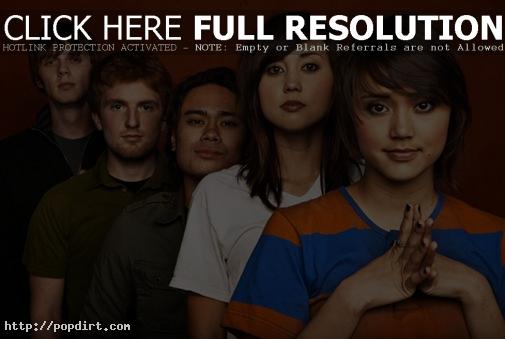 Dia Frampton of Meg & Dia checked in with fans on the group’s blog at MySpace (@megdia) on Tuesday (August 31), discussing plans to release a new EP soon and the story behind how an argument with her younger sister Jade led to the song ‘My Ugly Mouth’. Dia writes:

We’ve been getting a lot of questions from y’all and we couldn’t really answer them for a while, because we didn’t really have the answers. Now we do!

As you all know, (or maybe some of you), we finished recording out in Tillamook, OR a couple months ago. We did about 22 songs.

We have selected songs to be released on an EP, and that EP will be released – We don’t have a solid date yet – but probably at the end of September or some time in October! We are just finishing up art work for it with our good friend Vil and all the finishing touches. However, today we are releasing 2 songs on our MySpace that are going to be on that EP. We hope you like them!