Metro Station are featured in an interview and performance of ‘Shake It’ on Yahoo! Music’s Who’s Next. With Trace Cyrus doing most of the talking, they talked about how the group formed after a visit to the ‘Hannah Montana’ set, fans knowing they didn’t use Trace’s sister’s connections to put out an album, describing their sound as synthpop, their obsession with The Postal Service, and their love to write pop songs together that connect with kids.

“Me and Mason got moved to southern California because both of our siblings got casted on ‘Hannah Montana’,” Trace explained of the group’s origin. “My sister got casted as Hannah Montana and his brother as Oliver Oken. I went down to the set one day for ‘Hannah Montana’ for the first time, knowing that Mason was gonna come down to meet me and after that we were just getting together every weekend to make music.”

Mason continued, “My parents would be at the studio with my brother and his sister and they all would be gone, so we were kind of all alone making music together.” 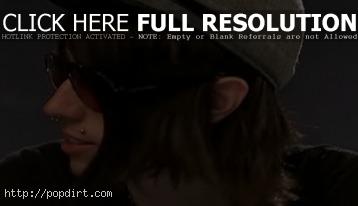 Trace concluded, “Shortly after I found Blake Healy, messaged him and hoped he would want to work together. After that we realized that we needed to pick up our live show and step it up so we got Anthony because we needed a drummer. Then we were a full band.”

As for whether they were riding the fame of Trace’s sister Miley Cyrus, he said, “We’re doing our own thing and I think people have come to realize that. They know we didn’t use my sister’s connections to help put out an album. We too a completely different path. It’s not because it was negative or we didn’t want to be associated with it, it was just we wanted to do this on our own and I think people realized that. That’s why people took us seriously and respected us.”