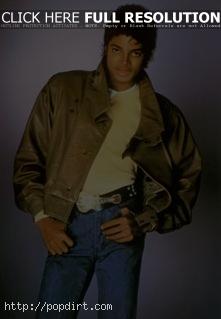 Entertainment Tonight spoke with 21-year-old Joanna Thomae, who tabloids have romantically linked recently to Michael Jackson. The French beauty tells Jann Carl: “We have a special relationship. He really cares for me and I really care for him.” She added, “We were close. We kissed each other, but the rest is private.”

February 19, 2004 – Jay Leno joked during his Tonight Show monologue on Wednesday night, “The other night on Fox was the premiere of the show ‘The Little Groom.’ I have to admit, when I first heard the title I thought: ‘Oh my God. Michael Jackson married some kid’.”