Mika Apologizes After Postponing London Gigs Due To Illness 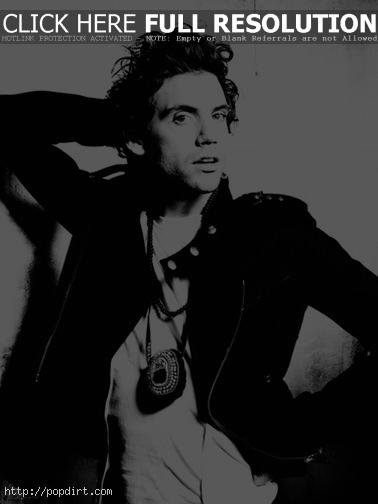 Mika announced on Monday that his show tonight at Hammersmith Apollo as well as tomorrow’s at Brixton Academy have been postponed due to illness. “It is with much regret that I have been forced to postpone my two remaining shows on my UK tour on 3 and 4 December at Hammersmith Apollo and Brixton Academy respectively,” the singer said in his blog at MySpace. “Over the past few days I have been fighting off a virus that has affected the majority of my band and crew. I thought after last night’s performance I could do the shows but this morning it was obvious I could not proceed. After consulting a specialist, I have been advised to rest my voice for a minimum of 48 hours. If I did not do this I would risk long term damage to my vocal chords. I can only apologize to everyone who has bought a ticket and the inconvenience and disappointment this postponement has caused. We are looking at rescheduling these dates early in the New Year; as soon as we have I will let you all know. Thank you all for your continued support and understanding.”

Mika later wrote in a bulletin to his MySpace friends:

I want to write to everybody that was intending on coming to shows tonight and tomorrow and stress how sorry I am have to postpone at such short notice. I know that a lot of you bought your tickets a long time ago and some of you have even traveled from other countries. I can only imagine how irritating it must feel. We have moved the shows to the 25th February at Hammersmith and 26th at Brixton Academy.

It’s been an incredible few weeks and I want to thank everyone who came to support us. I’d rather be gigging than sitting at home ill but for now I have no choice.

I’ll see you all again soon, that’s for sure.