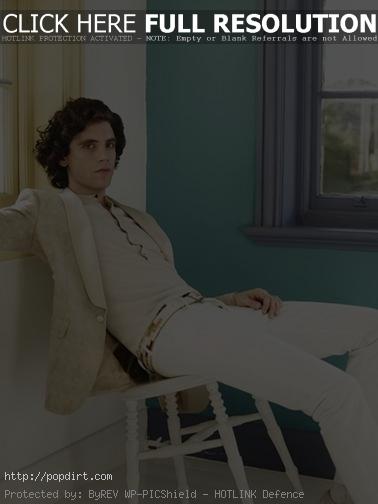 In the latest episode of Swisscom Talk, Mika talked about his new album ‘The Origin of Love’, the difference between outdoor and indoor gigs, how he doesn’t have worries about past hits being a curse writing new material, artists he’s been listening to lately, being a fan of Shakira’s last Spanish album, and if he’d possibly release an album in Spanish.

On what fans should expect from his live show being indoors:

I’m in a festival run, so I’ve been doing various sized shows, and we’ve done from 40,000 to 5,000, and the one thing they have in common is that they’re all outdoors. So I walked into soundcheck today and I was like, “Oh my god, this is indoors. This is totally different.” So I had to get used to it. It’s very different playing indoors. You’re allowed to do different things when you are indoors. You’re allowed to go really small and do tiny things with small details, and then go crazy 30 seconds later. If you do that outside, people get kind of distracted. They can’t hear properly. There’s different lights. There’s bugs on your face. So it’s different. It’s cool.

On ‘The Origin of Love’:

I made this record and I packed a suitcase and went and didn’t come home until I had written the whole album. It’s like a personal diary of 10 to 12 months. I worked with people who inspired me and accidents happened like Pharrell. We weren’t supposed to work together but then we did and we wrote something great. So there’s him, there’s a guy called Nick Littlemore from a band Empire of the Sun who worked with me on the record, and there’s people on the internet who have never done anything before who worked on the record. So there’s this whole thing, and I guess you still hear that it’s me. You still hear me in the choruses and the melodies, but at the same time I approached the record with the attitude that I had to do this as if it was very much the first time. Like I had never done anything before, and I think that is so important. I think every five years you have to say I’m going to do something as if it’s the first time with no rules.

On hit songs being a curse for future material:

When you have a (hit song), it can be for some artists. I think that the kind of music that I make is so eccentric innately, whether it’s a hit or whether it’s just an album track, that it kind of puts me in my own bubble, and I think inevitably that protects me at the same time. I’m lucky enough that I don’t make music that sounds like a time or a style or a sound. I sound just kind of like a bit weird all the time. So that helps. How can music that gets around be anything but a good thing? When you can turn around and play venues all over the world, and you know that’s only because of the fact that you can get your music on radio or it travels, that’s something that does really well, it’s a blessing.

Being a fan of Shakira’s ‘Sale el Sol’ album:

Not that many people know if you’re looking at a pop example, that last Shakira album she did in Spanish, it’s just one of the best pop albums that she’s ever made, and it’s all in Spanish. For some reason it connected in France massively, but if you ask a normal person in the UK or America if you’ve heard the Spanish record, they’d be like no, and it’s just like sizzling. It’s great.

On imaging if he could be recording in Spanish someday:

I could actually, because I speak Spanish. I speak with a Spanish accent, not a South American accent, so all my c’s are th, which makes it much harder.