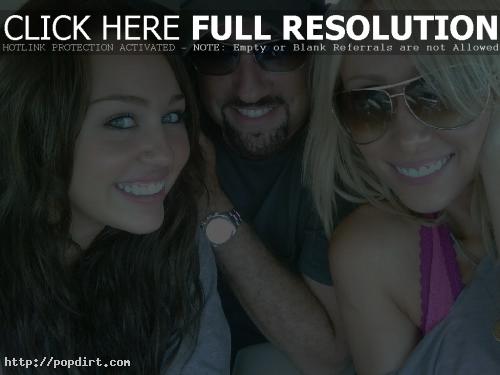 Miley Cyrus checked in with fans on her Twitter earlier today, talking about recording in the studio with her mother Tish and producer John Shanks. The 16-year-old writes:

Off to the studio wiff @mommytish and John. “We’re making the bomb songs, on the bomb record” – Shanks :)

“I’m gonna hang with @mommytish tonight. She’s the coolest. She’s just like me. It’s like hanging out wiff myself.” – an actual quote by me