Miranda Cosgrove ‘About You Now’ Video Making Of 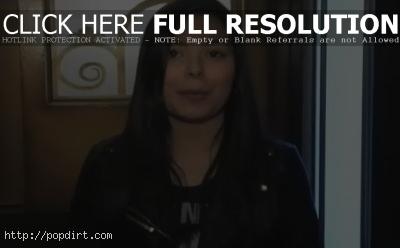 Miranda Cosgrove sent Popstar! Magazine a sneak peek of her ‘About You Now’ music video. The ‘iCarly’ star talked about liking the video because it had a guy in it with a storyline that matched the song – a girl who wished she could get back together with a guy after making a horrible mistake when going out with him.

She added, “It was fun because I got to have my real friends in the music video, since it’s based at the mall. So I invited six of my best friends and we got to hang out all day. So that was a blast.”

As for the guy in the video, Miranda said, “A guy named Diego, he played the guy in the music video, my love interest. It was just a lot of fun. He was cool on set. He was super funny and kinda cool to hang out with. There’s a scene in the music video where we’re actually inside a photo booth and I’m with my friends in present time hanging out with them, taking pictures, then I remember taking pictures with my boyfriend probably a few months before and it flashes back to that. We’re hanging out and having fun and it makes me remember how much I miss him.”