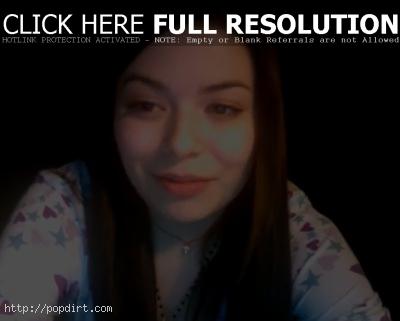 Miranda Cosgrove checked in with fans on her YouTube channel in a pair of clips, with the first thanking floraxj9 for creating an anime video for ‘About You Now’, while part two has the ‘iCarly’ star watching Collective Squishy miming ‘About You Now’.

“Hey, I just wanted to make a quick shout-out to floraxj9, who made a ‘About You Now’ music video,” Miranda said in the first video. “It’s totally like animated and really cool how you have the three girls and guys doing a little dance and everything. It must have taken so much work and I just want to say it’s totally awesome. All my friends watched it too, so thanks so much.”

In the second video, Miranda said, “Hey guys. I’m just watching a cool video on YouTube right now. It’s by Collective Squishy. It’s ‘About You Now’ and it’s pretty awesome. It’s so cool. I just wanted to say you girls are so awesome. I love this video. It’s really funny. I like the way you have a big dirt pile in the middle of a field or something between you guys and the part about a mountain between us. That was really funny.”

Watch her comments below.

2 thoughts on “Miranda Cosgrove Reacts To Fan Made YouTube Videos”