Miranda Cosgrove Returns To Work After A Holiday Respite 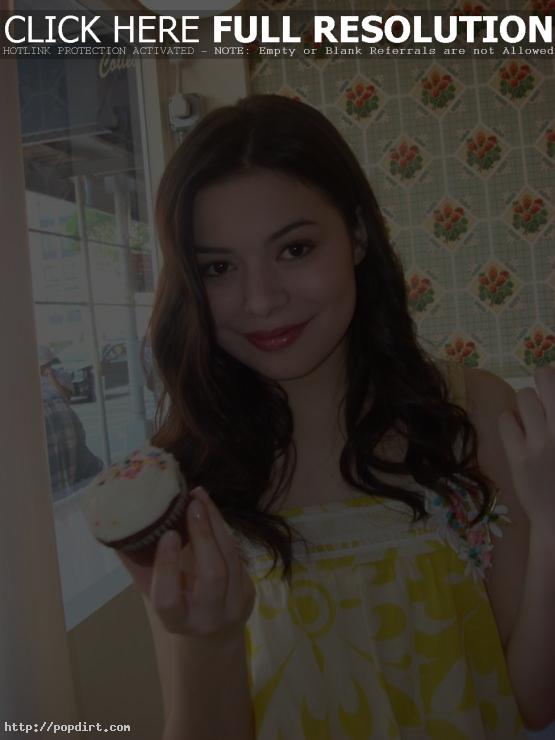 Miranda Cosgrove checked in with fans on her blog at MySpace (@mirandacosgroveofficial) on Tuesday (January 13), talking about how she spent the holidays, starting on the animated movie ‘Despicable Me’, and continuing work on her debut album. The ‘iCarly’ star tells readers:

So the holiday break is officially over! :-( lol I had a really great time catching up with my friends and not having to do too much schoolwork but it’s kind of nice to be back on set. It’s really fun working on iCarly and I have known most of the crew since I was really little so it’s like a family. :-) Over the break I actually started working on a really cute animated movie called “Despicable Me”. I’m so excited to be a part of it. I got to go in a few days ago and see my character and hear all about the movie. The animator actually animated “Ratatouille” which is one of my favorite animated films! lol It’s so funny seeing your voice come out of an animated character and it’s a comedy so it’s been a lot of fun! They have been letting me come up with some of the lines and stuff and get really into it! My character is Steve Carell’s adopted daughter lol. Also there are a lot of great comedians in the movie that I really look up to like Steve Carell, Russell Brand, Julie Andrews, Jason Segal and a lot of other really funny people. I can’t wait for you guys to see it!

I’m also working on some more songs for my CD. Ever since I started playing guitar when I was little I have always tried to write songs but I wasn’t really sure about how good they were lol. When I first started writing with people for my CD I was really nervous about getting in there and telling them all my ideas. Now it’s my favorite part! I’m really lucky to be working with great people that are a blast to write with. I hope you guys have as much fun listening to my songs as I have had getting to record them.