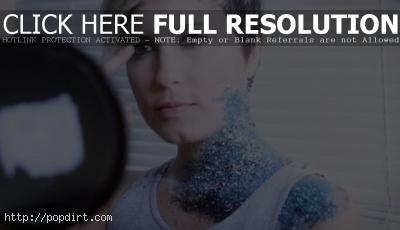 Missy Higgins is out with a behind-the-scenes studio episode that was filmed during the recording of the Australian singer songwriter’s new album ‘The Ol’ Razzle Dazzle’. Missy is seen dressing up, getting glitter applied, driving and talking about the story behind the album title and why she decided to record the LP in Nashville.

“‘The Ol’ Razzle Dazzle’ title came about because I guess I always felt comfortable performing, but there’s always been something to do with the idea of the entertainer doesn’t really sit comfortably with me,” Higgins explained. “Mostly because I think the music industry, or the entertainment industry in particular, consists of a lot of superficiality, just a lot of expectations about how you should present yourself and how you should be on-stage and in public. People have unrealistic expectations I guess so it’s kind of playing with the idea of dressing up as another person on stage and the idea of the double personality. Not really feeling comfortable with this side of things.” 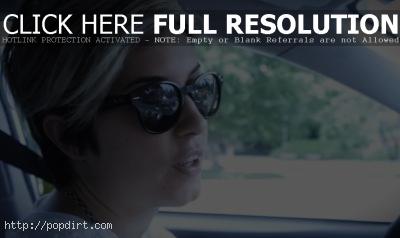 Talking about the location where she recorded the project, Missy said, “One of the things that appealed to me about Nashville, as a place to record the album, is that it’s very far away from the hype of the entertainment industry. Neither my Australian nor my American record company are based here, but there is still so much creativity here, so much music, and I knew that I really wanted to make an album in a place where it could all be about the music, and all be about just having fun in the moment, being creative, no stress, no pressure from a record company or anything external. So finding Butterfly (Boucher) and Brad (Jones) to record the album in this cute little studio called Alex The Great was just perfect, because it’s so far away from my world and so far away from the world that I made my last two albums in.”

Watch the webisode via Vimeo below.