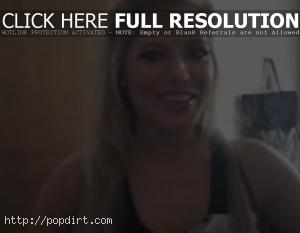 To celebrate the release of ‘Ego’ this week, The Saturdays are posting a new video from the girls every day. Monday’s features Mollie King, who was mystified as to how she ended up with black pen on her leg after a night out. As part of a competition, fans are asked to create their own film or diagram, showing both Mollie and Elton John, explaining the circumstances of the incident. The winner will receive a signed Sats diary and a picture of Mollie’s leg.

Mollie also explains her confusion with using FemFresh intimate hygiene wipes, whipping them out in front of her bandmates on a sweaty day in the early days of the British girl group, using them on her armpits to the shock of Frankie Sandford. “I didn’t realize they were for women’s parts, I thought they were just for women,” Mollie explained. “The worst part is that I had bought them with a boy, who at the time I quite fancied.” She added, “Everyone’s gonna think I have a weird downstairs, which I don’t.”