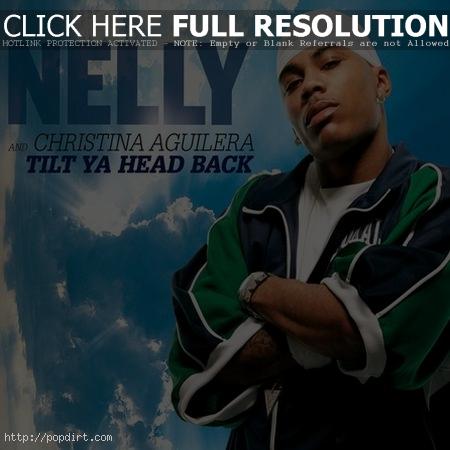 Jim Farber, New York Daily News:
The set’s best cut, “Tilt Ya Head Back,” openly embraces pop in its terrific matchup with Christina Aguilera. The cut involves a bit of a cheat: It swipes the probing bass line and punching horns of “Superfly.” But the song has an original melody, Aguilera’s voice has never sounded stronger, and when Nelly throws in his bouncy flow, it creates a beat that will have you dancing for days.

Alexis Petridis, The Guardian:
“Tilt Ya Head Back,” featuring a mercifully restrained Christina Aguilera vocal and samples from Curtis Mayfield’s “Superfly,” is so obviously a future number one, they may as well raise a celebratory flagon of Pimp Juice now.

Alex Roberts, The Daily Orange:
The best track on this CD, and arguably on either disc, is “Tilt Ya Head Back,” a duet Nelly sings with Christina Aguilera. Many listeners already know this song, as it was performed at this year’s MTV Video Music Awards. The beat samples the song “Superfly,” and these two have excellent vocal chemistry together. Aguilera’s voice, as always, is top notch and, unlike at the VMAS, Nelly surprisingly holds his own on the studio version.

Sean Daly, The Washington Post:
Nelly swipes the bassline strut of Curtis Mayfield’s “Superfly” for “Tilt Ya Head Back,” which features a frisky Christina Aguilera matching Nelly bedroom boast for boast, their verbal foreplay heated up by sassy blasts of brass.

Tom Moon, The Philadelphia Inquirer:
An addictive, wound-tight James Brown groove, “Tilt Ya Head Back,” that’s the best thing Christina Aguilera has sung on in ages.

Jason Birchmeier, All Music Guide:
The Sweat disc in particular features, at least, a half-dozen songs that could be smash hits, whether on radio, on MTV, or in clubs: “Na-Nana-Na,” “Flap Your Wings,” “Tilt Ya Head Back,” “Grand Hang Out,” “Playa,” and “Boy” are all first-rate party rap, on a par with anything else out there on the market in 2004.

“When she opens her mouth, it’s incredible, and one thing I’m about doing is incredible music,” Nelly says.

“Tilt Ya Head Back” has all the makings of a hit, especially with its heavy borrowing of Curtis Mayfield’s “Superfly.”

3 thoughts on “Nelly Album Reviews Praise ‘Tilt Ya Head Back’”