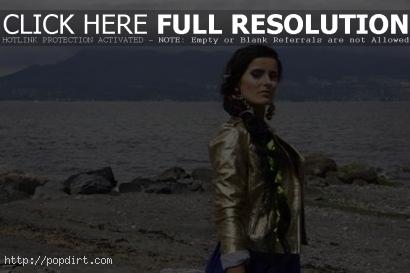 Nelly Furtado is out with the music video for her new single ‘Spirit Indestructible’. The Rodney “Darkchild” Jerkins produced second single is the title track from her upcoming album, due out September 18th on Interscope. The video was shot on beautiful Grouse Mountain in Vancouver, and captures the song’s empowering and spiritual message.

“It’s an ode to the spirit which resides in all of us and triumphs over anything,” Nelly said about the song. “It is inspired by people I have met, and special moments in history that I have read about. Spirituality is one of the underlying themes on the album.” As for the video, Nelly said, “It’s meant to be empowering and it’s meant to be a tribute to all of us. We all have indestructible spirits.”