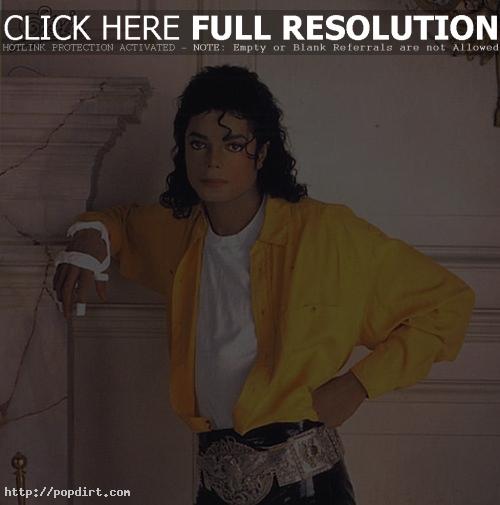 According to the satirical website The Borowitz Report, former South African President Nelson Mandela said today that thinking about Michael Jackson gave him strength during the many years he was imprisoned and that the King of Pop continues to be a source of inspiration to him today. “When you are behind bars with no hope of release, you need to find strength wherever you can,” President Mandela said in an exclusive interview with a Danish magazine. “Personally, I found strength in Michael Jackson.” Read more.

March 30, 2005 – Jimmy Kimmel joked during his ‘Jimmy Kimmel Live’ monologue on Monday night, “Jurors in the Michael Jackson trial got to look at his adult videos and magazines. It’s even worse than your mom finding them, having a jury go through them. Some of the things he had – he had Penthouse magazine, he had Barely Legal, he had something called ‘Photos of Sydney Men’, and this shocking video, ‘Girls Gone’.”

March 30, 2005 – Craig Ferguson joked during his Late Late Show monologue on Monday night, “It’s a bad day today in California, for the defense in the Michael Jackson case. The judge asked Michael what kind of laptop he had, and Michael said, ‘His name is Timmy’.”

March 29, 2005 – Roger Friedman of FoxNews.com reports that according to a treatise written by Macaulay Culkin’s estranged dad Kit, Michael never acted inappropriately with the ‘Home Alone’ actor or any of his siblings. “I never saw or heard anything at all during my early days of knowing Michael to suggest that he was a pedophile,” Culkin writes. Read more.

March 29, 2005 – ‘The Big Story’ host John Gibson weighed in on the news that the past allegations against Michael will be allowed in his current case. The conservative host suggested in his ‘My Word’ segment that Jackson’s lawyers are to blame for even allowing him to face this jury and that because the judge allowed the past allegations, the judge must think he’s guilty.

One thought on “Nelson Mandela Finds Strength With Michael Jackson”