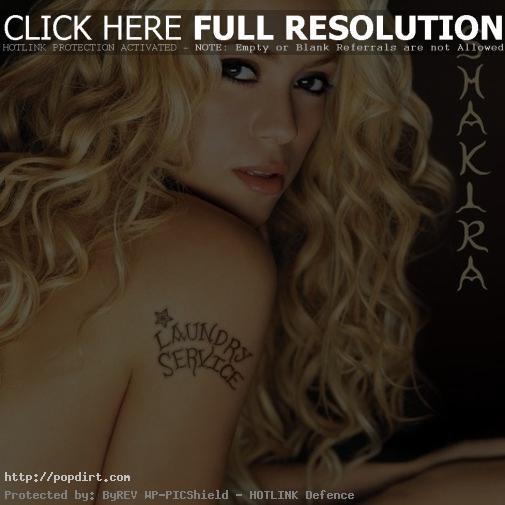 Isaac Guzman of the New York Post is giving the new album by Shakira, Laundry Service, a 2 1/2 star rating. While lauding the singer’s beauty, dance moves, and “an ability to synthesize the essence of Anglo-American rock with Latin sounds and Spanish poetry”, Guzman counters, “In both its themes and sounds, “Laundry Service” frequently sounds like an album that has arrived too late.”

November 10, 2001 – Shakira was on MTV’s Total Request Live on Friday where she performed “Whenever, Wherever” which landed in the #7 spot for the day and promoted her new album, Laundry Service, due out November 20. She also taught two guys how to belly dance.

November 9, 2001 – The New York Post’s Dan Aquilante talked to Shakira about recording her English album, ‘Laundry Service’, due out Tuesday. Shakira admits she had trouble with conveying the language’s emotions saying, “I can talk to my lawyer or my manager in English, but when I get mad, I get mad in Spanish, I cry in Spanish. That was the challenge, to translate my emotions into English.”