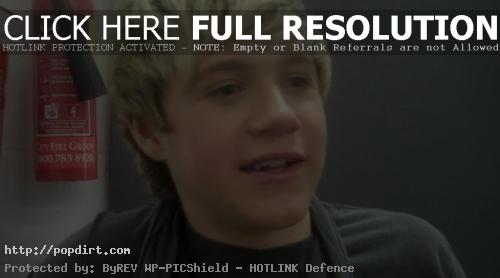 One Direction member Niall Horan talked to Sugarscape about his first ever kiss and revealed which celebrity he had a huge crush on.

My first kiss was a foreign exchange student who came over from France,” the Irish singer explained. “But I was like 11, and she was actualy staying at my friend’s house. I got to know her, and I ended up kissing her.” Asked if she knew he was in the boyband now, Niall said, “She hasn’t said so. I presume.”

“My first celebrity crush was J.Lo,” Niall confessed, referring to Jennifer Lopez. “Like who can’t resist that bum? Because she was big when I was young.” As for a non-celeb crush of sorts, Niall said, “There was this girl who I went out with before I went on ‘The X Factor’ and I had to break up with her because I told her I had to concentrate on my career, which I’m delighted with where I am now, but she was amazing.”