Nick Lachey On ‘What’s Left Of Me’, TCA Moment With Jessica Simpson 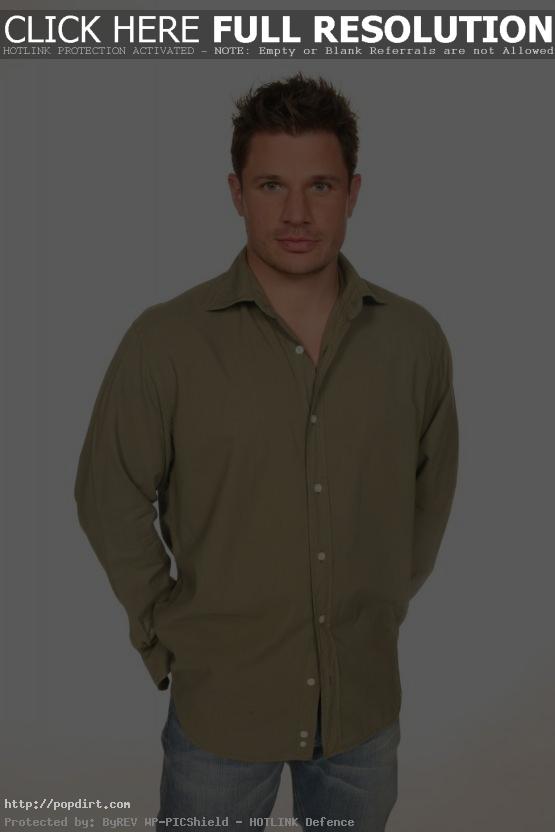 Sway of MTV News caught up with Nick Lachey ahead of last night’s Video Music Awards in New York City. Read on for a brief transcript.

Sway: I’m standing next to one of the most familiar faces at this event. You guys all seen him, know him, love him, Nick Lachey. What’s going on?

Sway: I always wonder, you took a chance when you made this album, ‘All of Me’ [actually it’s ‘What’s Left Of Me’]. You took your personal emotions and transformed them into lyrics. When you do that, that made you vulnerable. Did you expect this from the crowd?

Nick: The way the fans have responded to this and me being back on the music scene is very overwhelming for me. I’m thankful and blessed to have great fans and to be able to do this.

Sway: Can we say this is a new day for Nick Lachey?

Nick: Officially a new day. It’s a very exciting part of my life. I’m excited to move on to the next chapter and see what all that holds. Right now it’s all about the album, all about the tour and all about the fans.

Sway: You have the tour coming up. Are you going out on your own?

Nick: September 20th in Albany and it goes all the way across the country right through November. It’s going to be a great show I’m going out with Dirty Blond and Joanna it’s going to be a lot of fun. I’m very excited to be out there and doing it again.

Sway: Nick, I had a chance to watch the Teen Choice Awards. You made the comment on stage it was an awkward moment when you and Jessica shared the stage. She’ll be here tonight. Do you think that moment will be awkward?

Nick: I think awkwardness is more made up in the media than it is for she and I. The reason I did that is you could almost feel it in the room everyone was feeling awkward about the situation. I figured let’s cut to the chase. I think it will be fun tonight. I’m sure it will.

Sway: We call that keeping it real.

Sway: Good luck to you tonight, Nick. Enjoy your show.

August 31, 2006 – Things are getting serious for Nick Lachey and Vanessa Minnillo, according to friends. “Up until about a week ago, Nick was still pretty obsessed with [ex-wife] Jessica [Simpson],” a Lachey pal told The New York Post. “He was devastated. But now he’s over it.” While the couple don’t say they love each other yet, “they get along really well and he stays with her when he is in town.”

August 31, 2006 – A 1 Hot Minute Interviews segment featuring Nick Lachey was requested on Lowie’s Hot30 Countdown on 2Day FM in Sydney on Wednesday (August 30). Amongst the topics discussed were which 98 Degrees bandmate would be most likely to come out like *NSYNC’s Lance Bass, Nelly’s football skills, what he was thinking doing the ‘What’s Left Of Me’ album cover shoot, and his plans for the next six months. 2dayfm.com.au has since removed the audio.

August 28, 2006 – The New York Daily News reports Nick Lachey is said to be casting around for a Broadway vehicle after his ‘What’s Left of Me’ tour, which kicks off next month. The move would allow the former 98 Degrees star to spend more quality time in the Big Apple with girlfriend Vanessa Minnillo.