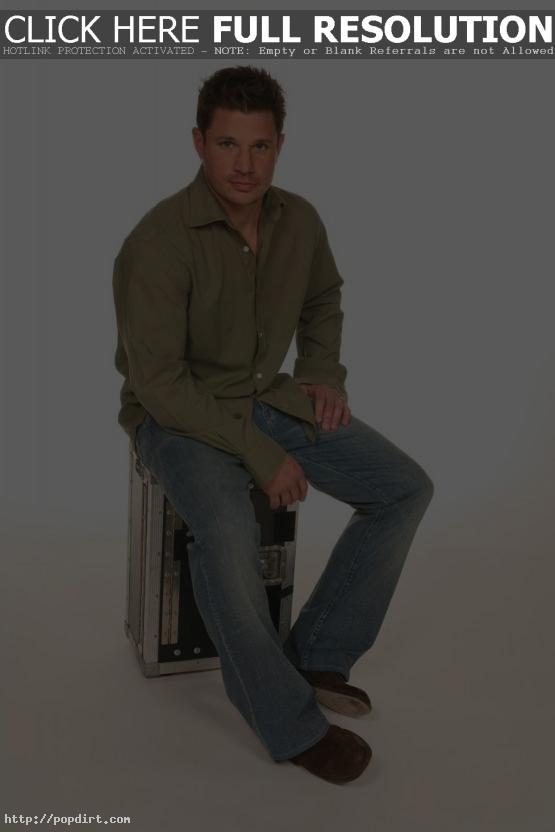 Nick Lachey was videotaped making a rare public appearance with his new girlfriend MTV VJ Vanessa Minnillo at Moonshadows bar and grill in Malibu, California. Vanessa enjoyed a game of hide and seek after spotting a paparazzo by hiding behind her boyfriend for the short walk from the front door to Nick’s nearby $200,000 black 575 Maranello Ferrari. Vanessa sported a simple strapless brown long dress with a large brown leather shoulder bag and brown sandals, while Nick dressed down in a blue striped polo shirt, ripped denim jeans and tan Timberland boots. Footage at splash-video.com requires an account.

September 1, 2006 – Nick Lachey tried to win a sports car that ex-wife Jessica Simpson won just 10 minutes later in New York City. Nick was seen walking from the Bryant Park Hotel in New York and getting into the black Chrysler Crossfire car, trying a key he was given to start the engine. Unfortunately for Nick, it failed to start, meaning he had not won the car as part of a special giveaway to celebrities before the MTV Video Music Awards. “No luck, no luck,” he said as he walked away. Just 10 minutes later, his estranged wife Jessica Simpson did the same thing – and she won the car after the engine started. The couple avoided seeing each other inside the hotel, even though they were there at the same time, according to insiders. Pictures are available from RexFeatures.

One thought on “Nick Lachey And Vanessa Minnillo At Moonshadows”