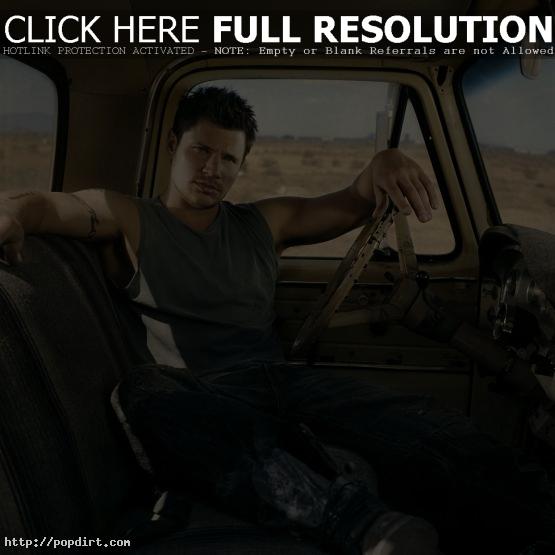 Vanessa Minnillo tells People magazine that her boyfriend Nick Lachey was the first to drop the “L” word to her. “The L-word is not thrown around by men as easily as it is by women, but I didn’t say it first,” the former MTV VJ said. “He’s very loving. We’re very open and vocal.” The 27-year-old added that “what a girl wants more than anything in the world is for their boyfriend to say ‘I love you.'”

January 15, 2008 – Nick Lachey and NASCAR champ Jimmy Johnson promoted their the Super Skins Celebrity Golf Classic on ‘The Early Show’ plaza with Dave Price on Tuesday (January 15). The event will to be held in Scottsdale, Ariz. on February 2nd, before Super Bowl XLII. Proceeds will benefit multiple charities, including The Nick Lachey Foundation and The Jimmie Johnson Foundation, both of which are dedicated to assisting children, families and communities in need throughout the United States.

Asked what brought him together with Jimmy, Nick responded, “Well we actually met through some mutual friends a few years ago, and have gotten to know each other pretty good over the last few years. We just thought, what a great opportunity. So many people are at Super Bowl that week, and what a great opportunity to do something great and raise some great money for a good cause.” Watch the segment below.