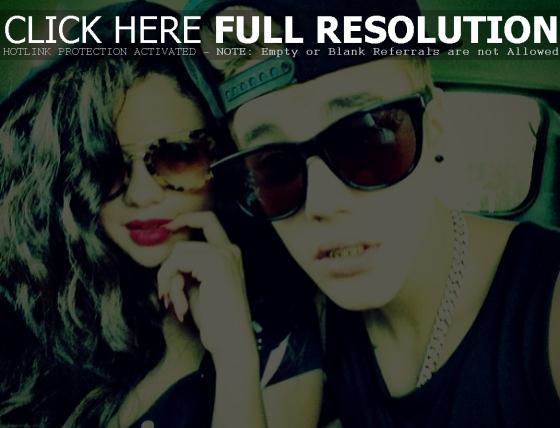 Of the many celebrity messages mourning the death of Kidd Kraddick, the Texas based host of the syndicated radio program Kidd Kraddick in the Morning, it was preculiar that no messages came from fellow Texan Selena Gomez or her boyfriend Justin Bieber. Kraddick was one of the first to give both radio play and had frequently interviewed the famous couple. But in November of 2011, Selena Gomez tweeted (@selenagomez) Kidd for what was the last time, writing:

Kidd I used to look up to you. Talk about me all you want but my mom or my family is crossing the line.

Both deleted their tweets, but what set Justin and Selena off? As Zap2it.com reported at the time, it was during the time that Selena’s mother Mandy Teefey was pregnant at the time, and was in her mid 30’s, and Kidd and the morning crew had a discussion on how appropriate it was for a woman in her 30’s to have children. One of the guys on the morning show chimed in, “I don’t know if I could date a girl and her mom is pregnant.”

Co-host Kellie Rasberry then talked about how the news of Selena’s mother being pregnant could be a cover up and that it was actually Selena herself who was pregnant and the mom was going through the exercise to protect Selena’s image, prompting Kidd to speculate, “What if Justin Bieber got Selena’s mom pregnant?”

Tragically, a few weeks after the November 2011 incident, Mandy had a miscarriage. Mandy did give birth to a daughter last month, Gracie Elliot.

Among the Twitter messages sent to Selena and Justin about not making note of the DJ’s passing:

Elle (@ElleDavGon): @selenagomez did you hear that Kidd Kraddick passed away? Did you ever apologize to him for the unnecessary drama?

Emily Williams (@emilyk716): I think @justinbieber should say something about the passing of Kidd Kraddick. If not then he has lost a fan. What a douche.

Jess Hernandez (@jesscmoney): @justinbieber How selfish could u be? Kidd Kraddick helped u get to where you’re at. And you don’t acknowledge his passing?

G a b r i e l (@MendozaOverdose): @justinbieber you’re a douche bag Kidd Kraddick basically boosted some of your fame, and you never acknowledged it.

#RipKiddKraddick (@AMaliseS15): @justinbieber @KiddKraddick died recently you better say something! I don’t care how busy you are! This is tragic & you knew him personally