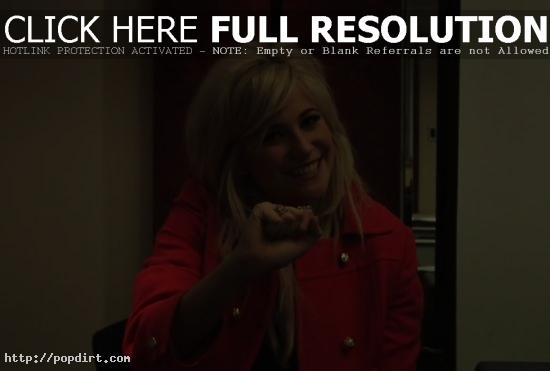 Pixie Lott did a Q&A on her MySpace (@pixiesongs), where the British pop singer was asked about filming her ‘Turn It Up’ music video in Los Angeles, her Lipsy clothing range, how the Iceland volcano impacted her, and what she’s been up to besides tour rehearsals. On the latter topic, Pixie said:

It’s been non stop promo – pretty much every day but I can’t complain because I love this! I have been in LA and NYC for the past few weeks, recording and also setting up my album in the States. I’ve done a few sessions with some amazing artists, Jason Derulo especially is so talented! I also have a film coming out in September, called Fred. I’ve also recently launched my first clothing range with Lipsy.