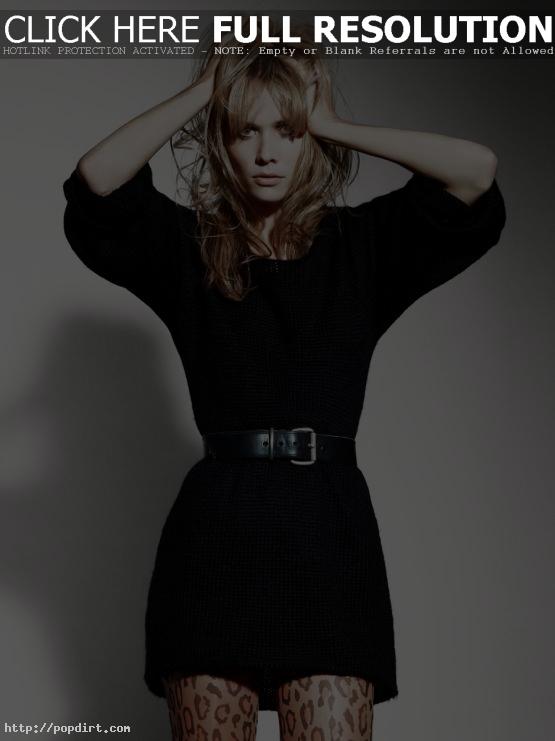 Nanna Øland Fabricius of Oh Land chatted with Raymond Weil recently, where the Danish singer talked about her new album, how her parents shaped her musical beliefs, where she gets her musical inspiration from, not questioning the need to promote her music, and what fans can expect from her live shows.

“My new album, which is self titled, that album I feel I put a dot to that after what happened with the whole kind of personal tragedy when I stopped dancing,” Oh Land said, referring to spinal fracture that sidelined her hopes of a ballet career. “My new album is all experiences from my life, but put in little stories and little fairy tales that I tell in my music. It’s about Oh Land, how it sounds and smells and looks like.”

Talking about her musical inspiration, the Epic Records artist said, “I get inspiration from a lot of different places. I get inspiration from sounds and music that I’ve heard growing up, which was mostly classical music. I listened to a lot of Russian, romantic ballet composers because I was dancing, and of course a lot of opera. I love the organic sounds in it, and I also take a lot from that and use it in my music now. I have a lot of string arrangements in my music, kind of orchestral sounding with choirs and stuff, but also I missed something a little wilder and harder, and something industrial, something that wasn’t so pretty. When I was a teenager, I discovered electronic music. I remember listening to Squarepusher, Tricky and Portishead. That was right when the whole trip hop wave began and I got really into that and Bjork. Then I think in my music I mixed from those two extremes, something purely electronic and very hard and mechanical, like machine sounds, and then something that’s really old and classical and traditional. The way I work I just do as much as possible. Whenever I get an idea, I try to put it into a song. Sometimes it’s good and sometimes there’s something that’s better.”

As for her feelings about having to promote her music, Oh Land said, “I’ve never questioned that part of it. That’s a natural thing to do, if you write a book and you’ve done your best to write the best story you can possibly do, then of course you want people to read it. That’s where I am right now. I’ve made this album and I’ve just kept it in my hands, and I’ve protected it for so long and I just can’t wait to get it out there and for people to hear it.”