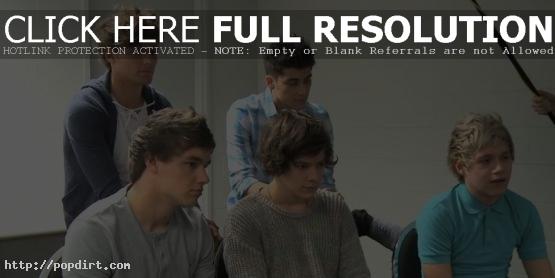 On a possible “One Defection” scenario if a “The Beatles Act” passes and bands can only have four members:

I think it’ll be like ‘The Hunger Games’. A fight to the death,” Louis said. “First one dead.”

On being evacuated via helicopter but they can only take one item along collectively:

One box of cereal. Corn Flakes, which Louis said is a standard, not a favorite. “I’m a big cereal lover.”

Watch the interview, which also includes a pitch to grandma, via YouTube below.