One Direction Discuss How They Were Formed, Mankini Gifting 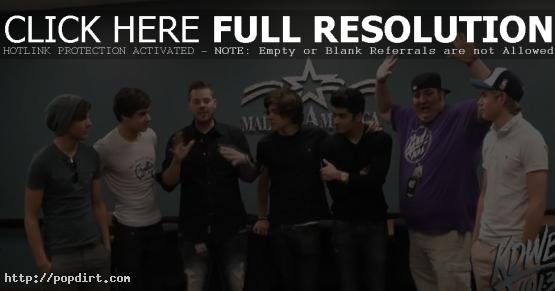 101.3 KDWB’s Lucas and Big D interviewed Niall Horan, Zayn Malik, Liam Payne, Harry Styles and Louis Tomlinson of One Direction just before their autograph signing backstage at the Mall of America. The British-Irish boy band talked about what Simon Cowell’s gameplan was for the group when they had an initial conversation, what they had to say to each other not knowing each other and being told they were going to be a musical group, and the craziest thing a fan has done for them.

“We were called back to the stage and we went on stage and they told us we were a group on the stage,” Harry commented on the group’s formation.

“We get weird stuff sent to us all the time. My favorite thing though, I got sent a mankini,” Zayn said about the craziest gift he’s received.