One Direction Experience An Electric Shock 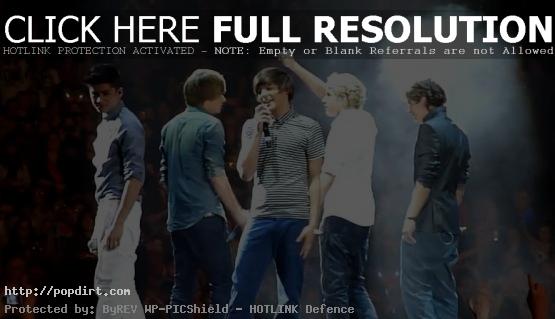 Niall Horan, Zayn Malik, Liam Payne, Harry Styles and Louis Tomlinson of One Direction visited 97.4 Rock FM to talk with Graeme and Jude the other day. They chatted about girls, Liam taking a long time to get ready, ‘The X Factor’ and they were quizzed while hooked up to something that would give them an electric shock if they were incorrect. They closed the appearance with an acoustic performance of ‘What Makes You Beautiful’.

On taking a long time to get ready, Liam said:

Not so much now. I used to get up two hours early, now I can get ready in 15 minutes.

Liam on what they’ve been up to after ‘X Factor’:

First off we went away recording the single, then we recorded the album and we did some Nintendo stuff and an arena tour. Yeah we just play games all day, so it was great, really good fun.

The interview and performance at rockfm.co.uk has since been removed.